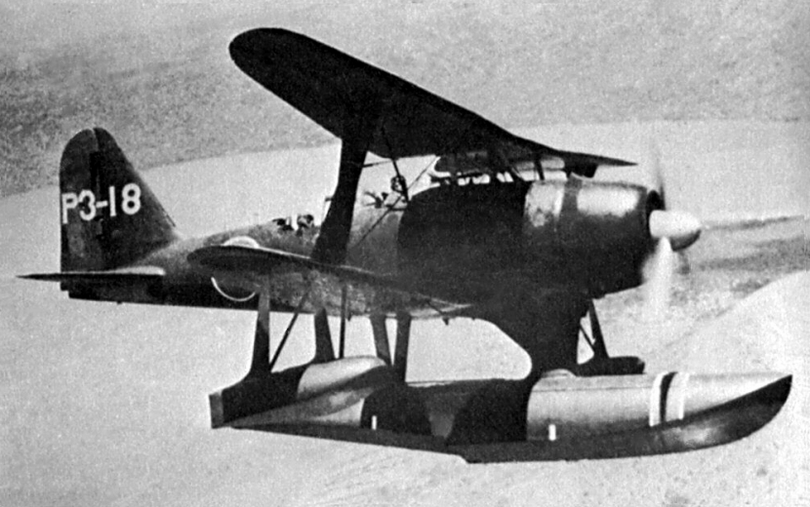 The Empire of Japan's military aviation industry played catch up to the world on its path to World War 2 (1939-1945). This meant a period of purchasing foreign-originated products while also observing the changes undertaken by major military powers of the period with some being directly visited by Japanese representatives. All this occurred while attempting to grow a viable local aviation industry that would bring Japanese air power to the modern age. The commitment eventually proved fruitful for the early-war aircraft exhibited by the Empire were some of the best of their type anywhere in the world, serving the massive Japanese war machine well during its campaigns to conquer swathes of territory across the Pacific and Asia.

The Mitsubishi concern became primarily recognized by war's end for its classic A6M "Zero" fighter but the company also produced several notable bombers and experimental aircraft. One of its seemingly lesser known - or largely forgotten - contributions became the popular F1M seaplane developed primarily for the over-water reconnaissance and warship gunfire direction roles. Work on the aircraft began in 1934 and first flight of this biplane was recorded during June of 1936 with service introduction following in 1941. Some 1,118 examples were operated by the Imperial Japanese Navy (IJN) in the World War that followed.

Four prototypes of the F1M1 model emerged and these proved the design was not without flaws. Directional stability left something to be desired and water-handling characteristics were not entirely acceptable which forced an extensive period of testing and revision in which many facets of the aircraft were revised - often times for the better. The additional commitment led to the much improved F1M2 mark which became an excellent aircraft under the stresses of war. A two-seat version of this mark then appeared as the F1M2-K.

Mitsubishi managed the early production initiative for the IJN and totaled 524 aircraft before the charge fell to the 21st Naval Air Arsenal (Sasebo) and the remaining 590 aircraft followed to complete the 1,118 aircraft total (this total to include the four prototypes). The aircraft served on all manner of Japanese warships and became a proven performer, playing major and minor roles (including that of submarine-hunter and Search and Rescue) across a variety of major entanglements - from supporting amphibious assault operations to participation in famous battles such as the Battle of Midway during June of 1942. They were in play across the vastness of the Pacific campaign up until the end of the war in August of 1945 - such was its field value. By the end of the war, with the Japanese initiative all but lost to the advancing Allied tide, the remaining stock of F1M floatplanes was used as a local defense measure over the Japanese homeland where its value was decidedly reduced against better-performing, higher-flying aircraft used by the enemy.

To the Allies, the F1M was recognized under the codename of "Pete". The aircraft was also used by the forces of Indonesia and Thailand to an extent.

1 x 7.7mm Type 92 machine gun on a trainable mount in the rear cockpit.

2 x 132 lb conventional drop bombs under the wings (one per wing).

F1M2-K - Two-seat trainer variant based on the F1M2 production model.