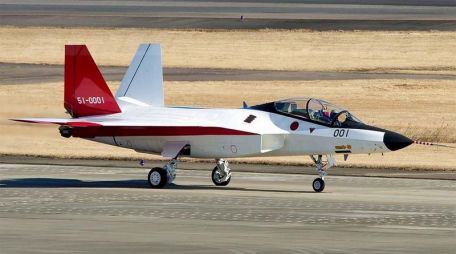 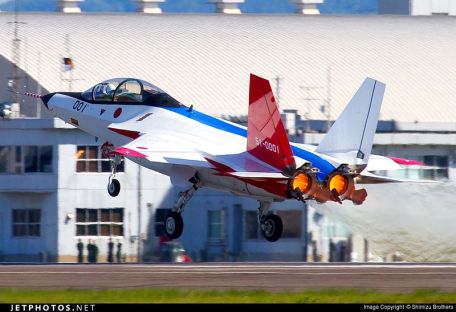 Joining several other notable world air powers, Japan is in the process of developing an indigenous 5th Generation Fighter concept under the ATD-X "Shinshin" designation (since updated to become the "X-2"). The initiative is branded under the Mitsubishi Heavy Industry (MHI) label - who also produces the Lockheed F-16 Fighting Falcon locally - and headed by the Japanese Ministry of Defense Technical Research and Development Institute ("TRDI"). The ATD-X is a concept demonstrator-only design at thie time and not intended as a direct copy for a more formal serial production, finalized 5th Generation Fighter. However, any data collected during its testing and development would most certainly be used in a future 5th Gen fighter attempt. The ATD-X program, like other 5th Gen initiatives worldwide, is a costly endeavor for the island nation and always at the mercy of local politics. It has since evolved into an unveiled technology demonstrator and is scheduled for its first flight sometime in 2014-2015.

The ATD-X initiative was born from the rebuffed attempt by the Japanese to procure the advanced F-22 Raptor from the US government. The country has committed to purchasing 42 of the planned F-35A Lightning II models however and may add more to the order in time. This has not derailed the ATD-X program.

The preliminary Shinshin concept envisions a faceted airframe in the mold begun by the American Lockheed F-22 Raptor air dominance fighter. The design positions a powerful Active Electronically Scanned Array (AESA) scanning radar system under a nose cone assembly ahead of the cockpit in the usual way. The fuselage is well-blended into the wings while sharp angles are specially used throughout. Assuming a twin engine design, the ATD-X will sport twin rectangular intakes to either side of the cockpit. Wings will include main appendages and tailplanes as normal with outward-canted vertical tail fins at the rear. The engines will exhaust through specially-designed low-profile, low-signature exhaust ports (thrust vectoring is envisioned) under and between each rudder. Unlike 4th Generation Fighters relying on fly-by-wire control, the ATD-X is slated for the newer, speedier fly-by-optics control system. Also intended for the ATD-X demonstrator is an onboard self-repair facility which will be able to detect and, to the best of its ability, diagnose and repair failed/failing control systems. The undercarriage will be wholly retractable. In keeping with the low-signature, low-profile nature of 5th Gen Fighters, the Shinshin will be developed with an internal weapons bay, radar absorbing coatings for its skin and advanced technologies throughout.

In addition to the airframe, engines remain the other half of the 5th Generation Fighter challenge and this challenge has been handed to Ishikawajima-Harima Heavy Industries (IHI) for possible development and production of new powerplant (IHI XF5-1 turbofans) with up to 20,000lb thrust. It is assumed that, like the groundbreaking F-22, the ATD-X will feature "supercruise" support which allows for reaching supersonic flight without use of thirsty (and missile-guiding) afterburner.

A mockup of the ATD-X was unveiled in 2005 while a compact remote-controlled demonstrator mimicking the expected Shinshin design was tested in 2006. The project was authorized with proper funding in 2007. Should the ATD-X program yield an indigenous Japanese 5th Gen development, the upcoming production series aircraft will be given the designation of Mitsubishi F-3 in following the Mitsubishi F-2 (F-16) and the original Cold War-era Mitsubishi F-1.

The ATD-X features a running length of 46.5 feet, a wingspan of 30 feet and an overall height of 14.8 feet. Maximum take-off weight is estimated at 28,660lb. Projected straight-line speeds could reach Mach 2.

While the program began in 2007, Japan has since changed its World War 2-era policy and will allow the exportation of its defense products which will undoubtedly alter the Japanese defense landscape in the near-future.