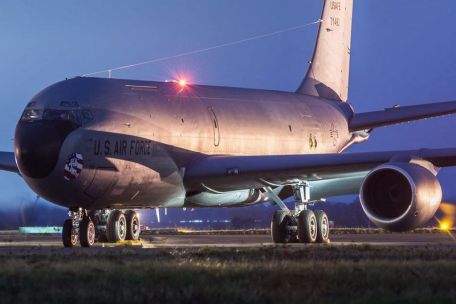 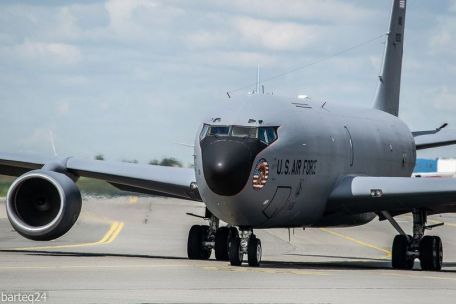 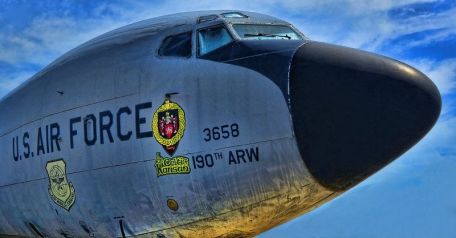 The KC-135 "Stratotanker" became a notable aircraft product for the Boeing Company primarily in offering the United States Air Force (USAF) unparalleled war-planning capabilities and logistics support through in-flight refueling and transportation. Furthermore, the KC-135 tanker airframe became the basis for the C-135 "Stratolifter" strategic transport and the commercial 707 civilian airliner. Total production of Stratotankers reached 803 from the period spanning 1955 until 1965. This series aircraft continues to serve the USAF, and other allied nations, with its critical support capabilities.

The KC-135 series succeeded the KC-97 Stratofreighter in the aerial refueling role.

Inflight refueling was pioneered during the Cold War period (1947-1991) and streamlined with the arrival of larger jet-powered aircraft. This result allowed military warplanners an unprecedented global reach when dictating the actions of their forces. To this day, in-flight refueling remains a large part of the success of any one air power, especially when dealing with activities over large distances, and is critical to the scope of USAF operations around the world. Consider that it also requires a steady hand-and-eye for airmen and tanker crews alike to complete the precision process required of refueling a combat warplane in-air.

Design work began in the early 1950's to fulfill a standing USAF requirement for a new dedicated in-flight refueler with jet-powered performance. The result became the Boeing Model 367-80 demonstrator that, in turn, became the KC-135. The KC-135 featured tanking equipment and an all-Boeing-designed powered boom. Fuel was carried in the belly and wing sections with propulsion power stemming from 4 x CFM International CFM56 turbofan engines. The aircraft typically saw an operating of just four personnel - two pilots, a navigator and a boom operator - though additions could be made when required (for instance five crewmen were featured in the MEDEVAC version).

Modernization programs (including "re-engining" and software upgrades) have propelled the KC-135 series into the new millennium. The platform is still a large factor in global operations involving the USAF and increases the reach of all aircraft on sortie. Other nations rely on the KC-135 series as well, though it has not had quite the impact anywhere else as it has had for U.S. forces traveling the globe.

Operators of the KC-135 family include Chile, France, Singapore and Turkey. Variants include the original KC-135A, the KC-135B Airborne Command Post and the KC-135D. The KC-135E served the Air National Guard and the NKC-135E was a KC-135E converted for tests. The NKC-135N served the United States space program and the E-135N was outfitted with equipment to support the Apollo rocket program. The KC-135Q carried JP-7 fuel for the Lockheed SR-71 Blackbird spyplane and some 56 were modified to the standard.

The KC-135T was the KC-135Q with the CFM-56 engines and 54 aircraft were modified to the standard. The EC0135Y was another Airborne Command Post developed in 1984 to support United States Central Command operations. This example was powered by 4 x Pratt & Whitney TF-33-PW-102 series engines.

The KC-135 series is set to be replaced by the in-development Boeing KC-46 "Pegasus" line detailed elsewhere on this site.

Special thanks to Anthony S of the Boeing Corporation for his input. 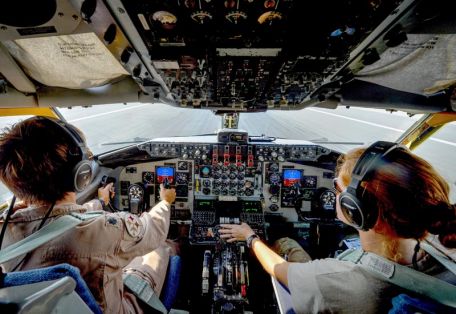