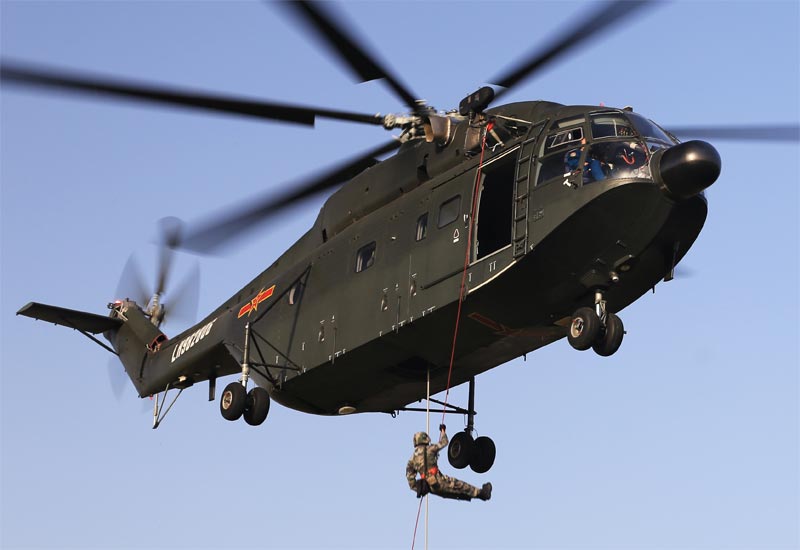 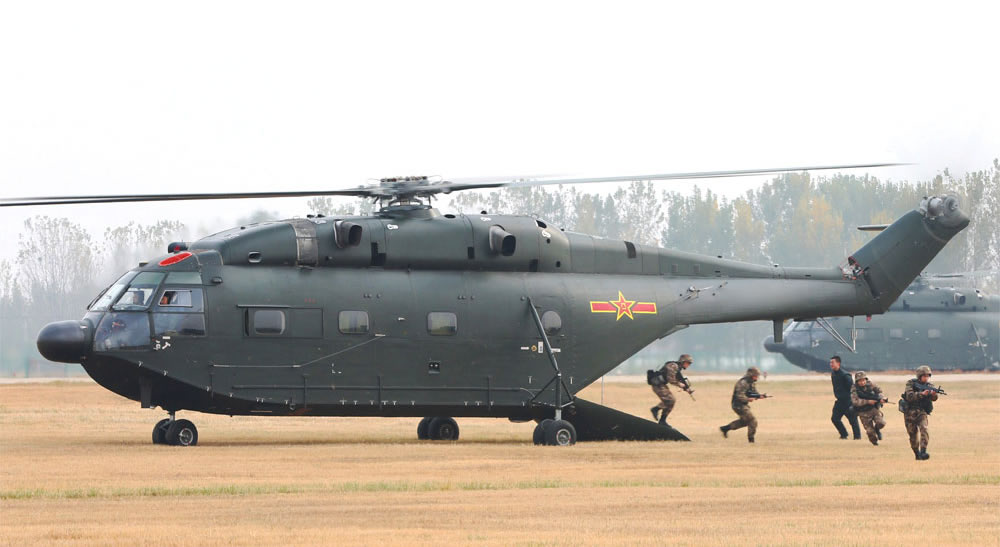 The Harbin Z-8 is nothing more than the French-originated Aerospatiale SA321 "Super Frelon" medium-lift, multi-role helicopter in Chinese military service. The Chinese received about dozen units from the French during the latter-half of the 1970s and pressed them into the Anti-Submarine Warfare (ASW) and Search And Rescue (SAR) roles. As such, they became the first in-service Chinese helicopters to be capable of operating from moving warships which broadened the tactical value of its surface fleet considerably. Beyond the stock received from French industry, the series has also been produced locally under the Harbin brand label.

The civilian market form of the Z-8 is the 27-seat AC313, developed locally by AviCopter.

The Z-8 retains the form and function of its French counterpart. It is equipped with a radar fit for the ASW role where it is called on regularly to conduct submarine-hunting exercises. A dipping sonar also aids in this action. To engage a submarine or surface vessel threat, the helicopter can carry anti-submarine/anti-ship torpedoes externally.

Beyond its hunter role, the Z-8 is also outfitted for SAR duty by way of hoist-and-basket, FLIR (Forward-Looking InfraRed), and powerful searchlight in the "Z-8S" variant. This allows the helicopter to operate over-water and reclaim downed pilots or seaman as needed. Stability by way of a steady hand at the controls and an effective autopilot system aid in these types of actions. This version appeared in late-2004 and remains in active service with the PLAN. The "Z-8K" and "Z-8KA' designations represent modernized SAR forms. The "Z-8JH" is a specialized MEDEVAC variant.

The inherent over-water capabilities of this helicopter, and its support by the existing fleet of Chinese Navy warships, also lets it participate in ship-to-shore amphibious assault operations. In Army service, this role is fulfilled by the "Z-8A" which entered service in late-2002 (to operate alongside existing Russian-made Mil Mi-8V5 transports).

Some of the Z-8 stock have been modernized in key ways during the course of their service lives including changes to the avionics fit, engines, and cockpit.

The base Z-8 design incorporated three turboshaft engines for the power needed and these output 1,570 horsepower per unit, driving a six-bladed main rotor blade assembly and a five-bladed tail rotor assembly (facing portside). The fuselage is deep with the nose section covered over in framed windscreens. The radar unit protrudes forward through its blister assembly at the nose. The helicopter relies on a tricycle wheeled undercarriage that is retractable and the outboard sponsons operate as floats allowing the helicopter to land on water for water-rescues operations. The cabin includes side-by-side seating for the two pilots, room for a flight engineer, and enough space to seat passengers, support rescue equipment or patient litters. The hold can also double as a cargo area to which point the helicopter can serve in the at-sea replenishment role. Its versatility goes beyond this for the platform can also be pressed into service during humanitarian crisis' as well as in the fire-fighting role.

The Z-8 series is set to be succeeded by the incoming fleet of advanced Harbin "Z-20" medium-lift haulers - no doubt influenced by the American Sikorsky UH-60 "Black Hawk" line. The program began around 2006 and a prototype of this form saw a first-flight on December 23rd, 2013 with formal service introduction announced in 2018. This addition is notable in that it utilizes an indigenous Fly-by-Wire (FbW) digital control system as well as local engines (W-10 turboshafts).

Equipped to search, track, and engage enemy underwater elements by way of specialized onboard equipment and weapons.

Extraction of wounded combat or civilian elements by way of specialized onboard equipment and available internal volume or external carrying capability.

Ability to locate and extract personnel from areas of potential harm or peril (i. e. downed airmen in the sea).

Used in roles serving the commercial aviation market, ferrying both passengers and goods over range.

Used in the Very-Important-Person (VIP) passenger transport role, typically with above-average amenities and luxuries as standard.

(Not all ordnance types may be represented in the showcase above)