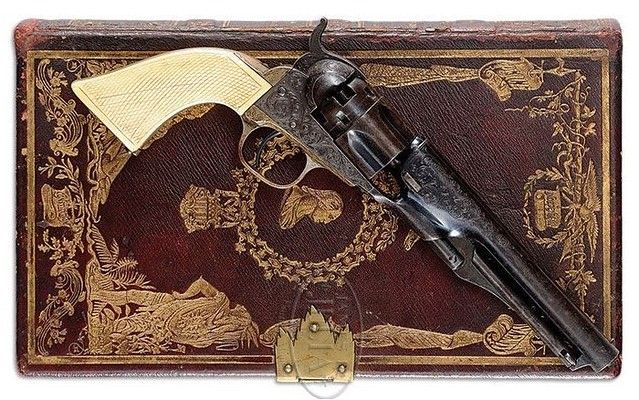 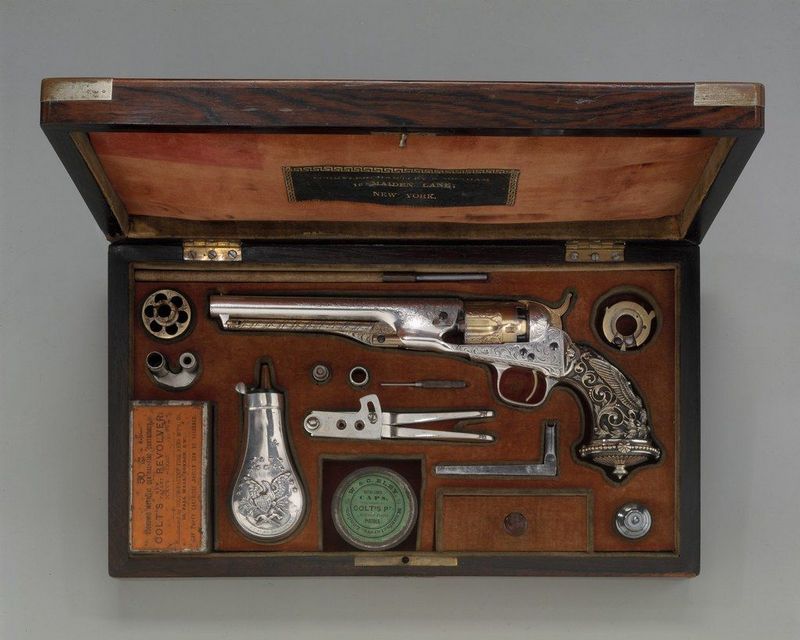 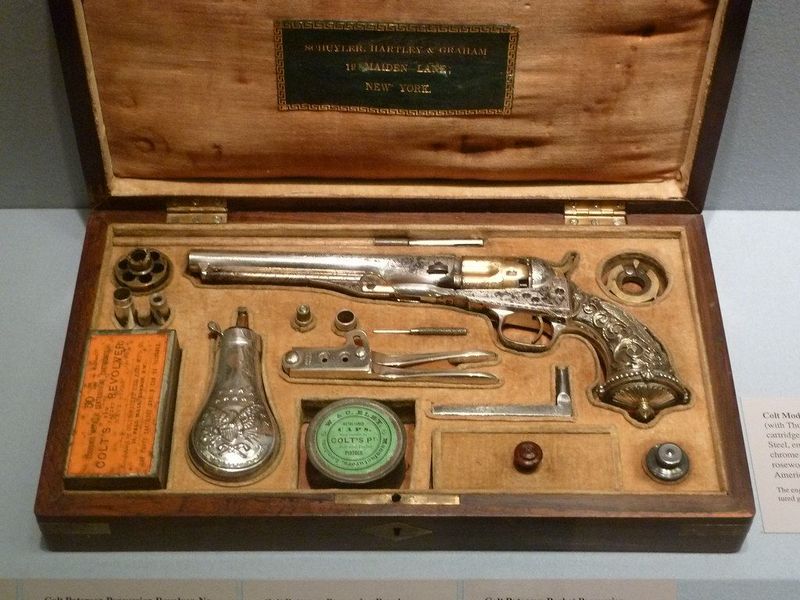 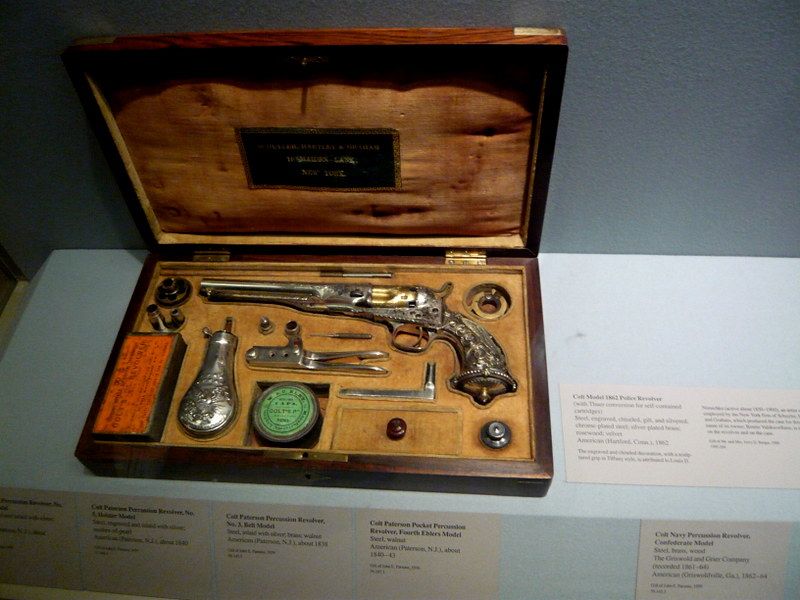 The Colt Model 1862 Police percussion revolver was intended for security personnel and followed the design lines of other Colt products emerging during this time in history. Like other Colt revolver offerings, it lacked a bridge over the ammunition cylinder, was chambered for .36 cap-and-ball ammunition and saw production numbers boosted by the American Civil War. Some 28,000 of the type were manufactured out of the Colt Patent Firearms Company in Hartford, Connecticut with production spanning 1861 to 1873.

A key differentiating feature of this revolver line was its half-fluted cylinder containing just five .36 "cap and ball" chambers. The barrel was rounded (as opposed to octagonal) with the "creeping-style" loading lever held underneath the barrel. Barrel lengths offered were 3.5, 4.5, 5.5 and 6.5 inch long to suit customer tastes. The case-hardened frame was typical Colt with an underslung curved trigger unit protected by a brass trigger ring and molded body sides ahead of the cylinder. The elegant hammer was situated within reach of the primary hand and protruded from the rear of the revolver body in the usual way. The single-piece walnut pistol grip curved downwards and was flared at the end with a brass back-strap. A small front iron sight allowed for some accurized aiming within short-to-medium ranges.

As metallic-cased cartridges became more and more popular (as well as readily available), some 70% of Colt Model 1862 Police revolvers were converted to fire the new ammunition. As such, the original-form revolvers have become extremely rare in today's collector market. Since they shared their serial numbers with the Model 1862 Pocket Navy revolvers in Colt production, it is not uncommon to find Model 1862 Police revolvers with high serial numbers themselves (as high as 47,700) despite their lower production totals overall.

Like many of Colt's revolvers of the mid-1800s, the Model 1862 Police version was utilized in the American Civil War leading to several hastily produced examples to keep up with requirements. Some were also delivered to the Pall Mall Agency of London and marked with "L" near the serial identification marker.