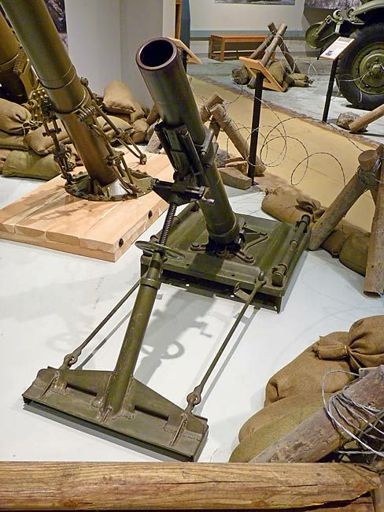 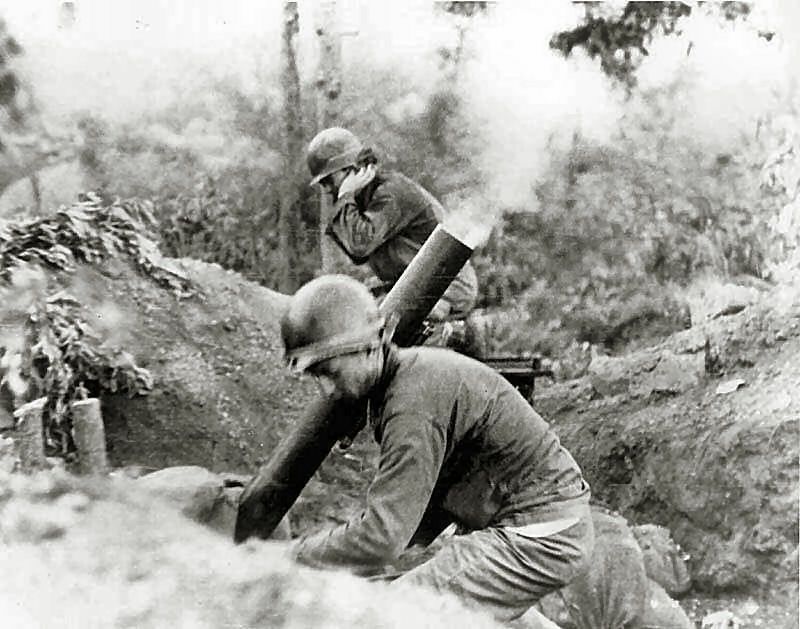 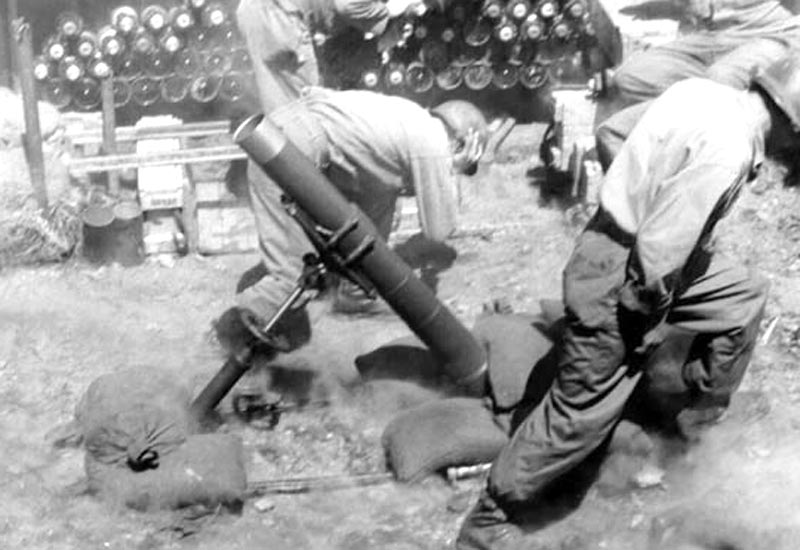 The modern infantry mortar traces its roots back to World War 1 (1914-1918) when British inventor Sir Wilfred Stokes developed his "Stokes Mortar", a man-portable indirect-fire weapon system. The mortar saw its importance only grow in the conflict as "trench warfare" took root along the Eastern and Western Fronts. Indirect-fire allowed operators to attack an enemy position while lying in relative protection and it was only a matter of time before other national powers followed suit in pursuing infantry mortars in number. Beyond their obvious value in lobbing explosive projectiles, mortars could establish smoke screens and dispense chemical agents. By the time of World War 2 (1939-1945) the mortar had not lost its battlefield value - some original World War 1 designs continued to be used.

The M1 "Chemical Mortar" became the first 4. 2-inch caliber mortar entrant into the U. S. Army inventory when introduced in 1928. The design stemmed from an original British 4-inch system which relied on a smoothbore launch tube and fin-stabilized projectiles. The new 4. 2-inch approach of the Americans added rifling in the tube, which increased its caliber, to impart inherent spin on the exiting projectile - thusly no fin-stabilization was needed for the outgoing shells. This concept is similar to what happens when a bullet is fired from a gun's rifled barrel. The M1 was developed under the guise of it being a smoke-generating battlefield system due to the still-apparent anti-war sentiment that permeated society following the close of World War 1 in 1918.

The M1 saw service throughout the remainder of the interwar years but managed renewed interest as the United States entered World War 2 in late-1941 (following the Japanese attack on Pearl Harbor, Hawaii). A new, higher-powered HE (High Explosive) projectile was developed for the mortar while the basic design structure was reinforced for greater tolerance to contend with the higher forces at play. With these changes in place, the mortar emerged as the "4. 2-inch M2" and saw its first combat service in 1943 during the Italian Campaign - the Allied landings at Sicily. From there it was in action wherever it was needed including the beach assault at Normandy, France (June 1944).

The M2 complete system weighed a hefty 330+ pounds and the launch tube alone measured some four feet in length. Its listed caliber was 4. 2" which equated to 107mm. A rate-of-fire by an experienced and well-trained crew could reach five rounds-per-minute for a consistent twenty minutes. The standard firing rate became one shell per one minute. Effective range was out to 560 yards with a maximum firing range of 4,400 yards possible. Beyond the standard M3 HE shell, the M2 mortar also fired the WP M2 (White Phosphorous) shell for smoke generation and could lob the H M2 Chemical shell if needed.

The indirect-fire nature of the mortar, and its relative portability (it broke down into three major parts), made the M2 a valuable weapon in the fighting of World War 2 - particularly where rugged terrain precluded use of other larger artillery pieces. As such, the series was a Godsend for elements in the Italian campaign as the battles moved from beaches inland to rockier, uneven terrain. In the Pacific Theater, it was found that the mortar could be installed on vessels such as landing craft which gave on-the-spot fire support for those elements used to assault enemy beach positions. Some of the mortars were also trialed on vehicles as mortar carriers. The M2 gave such good service that it remained a frontline weapon for the U. S. Army and Marines during the Korean War (1950-1953). U. S. Marines are known to have used the weapon into the Vietnam War years as well (1955-1975).

Back in the 1950s, the M2 was officially superseded by the modern M30 mortar series of equal caliber and battlefield role though the M2 was not given up for good in the American military inventory until 1974. Its reach went beyond the U. S. military for the M2 was stocked in the inventories of European, South American, and Asian powers including Austria, Brazil, and Japan. Some forces continue use of the M2 series despite its 1940s origins - a testament to its reliable and robust design.

During its service tenure with the United States, the M2 came to be known under two nicknames - the "Goon Gun" and the "Four-Deuce".